Morphea got to lvl 61 today while doing quests and the occasional pvp daily. My new bow certainly helps a lot, teamed with my new white tiger from winterspring, we kill stuff very quickly ;). Also did one Ramparts guild run, assisted by a 2 lvl 70s, druid bear tanking and that was a lot of fun. This also got a quest done with a nice reward (blue gloves) and at the end boss from the chest, the Hellreaver dropped. Not a real hunter’s weapon, though it helps ofcourse, but +30 strength makes it more a pally or warrior weapon. But it looks so very cool ;). The critial strike rating is nice and so is the stamina, so that’s what I am using at the moment. 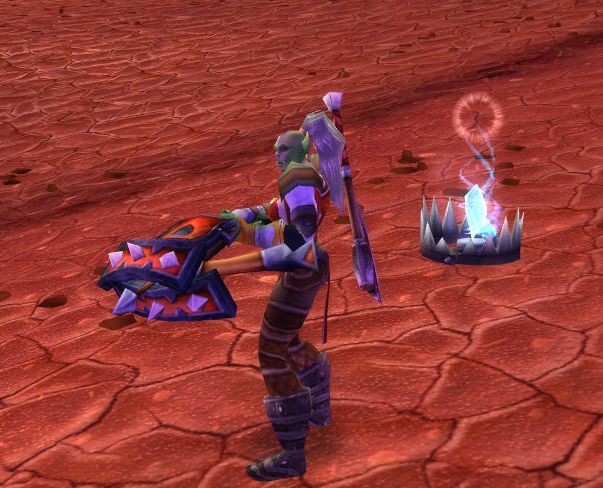 Now that I am at 61, leveling pets comes into play. I really love my wolf Jerry. He has been with me since lvl 27 or so, and can tank very well, while also dishing some nice damage. The cat is more suitable for pvp (and looks very nice) and I am also planning on getting a Quillfang Ravager in a few levels, because of the bite and gore abilities. I sometimes have one on me in PVP when I play with Morpheus and they’re very annoying ! So the plan is to use Jerry for pve and the others for pvp, hope I can keep their levels up :).